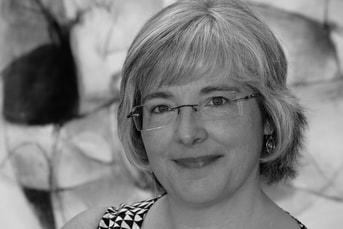 I was born in Sidney, B.C. and grew up on Vancouver Island. I always knew that creativity of some sort or another would be an important part of my  life.  I have a BFA in Visual Arts, with a concentration in English and art education.

In my post-university years,  and while my children were growing up, I  put my art-ed experience to good use,  teaching art to children in the classroom, to adults through Saanich Recreation, and privately  to children and adults at my home studio.

A move to the Nanaimo area and an 'empty nest'  left me with more  time  to  focus on my own art.  I helped found a small artist cooperative in Qualicum, joined the Federation of Canadian Artists and began to paint full time.  This led to numerous awards, and signature status with the FCA.

My first love was the magical medium of watercolour.  I love the whole "zen" experience of painting  botanicals. And  my more whimsical "Silverwave" series in watercolour and silver ink are just plain fun to do.

I  also embraced the bolder language and freedom of large format abstracts in acrylic. These  paintings  invited an intimate experience between art and viewer, exploring the simple and the complex, expressed in line, shadow and colour, at the point where drawing and painting intersect.

I took a temporary - but very complementary - detour off the beaten path of “traditional” art and studied IT and Web Design through BCIT.

I also fell in love with the iPad. I think the iPad is the perfect piece of technology for artists and I have had great fun integrating my iPad and other tech know-how into my artistic process, as well as teaching these skills to others.